Original article can be found on EdScoop. 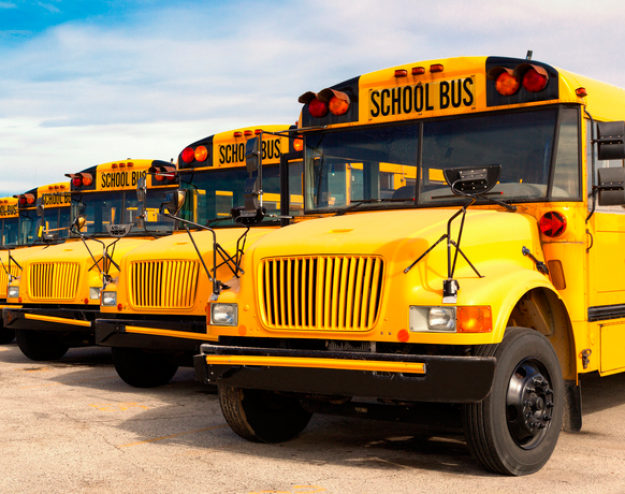 Technology providers say there's at least one person on every school bus who might benefit from a big increase in screen time: the driver.

As companies and education officials look for more ways to maximize how students use devices for schoolwork on the trips to and from school, they're also finding that there are benefits to giving a tablet to the person behind the wheel.

The district introduced Tyler Drive, a student transportation solution from Tyler Technologies that includes software and a tablet that is mounted near the bus driver's seat.

All of the information that is collected is reported in real time to the district's transportation office, according to School Bus Fleet.

All students are issued a radio frequency identification scan card, which serves as their ID when boarding and exiting the bus. The tablet displays students' names and images so the driver can visually confirm assigned riders at their individual stops.

Dalton praised the new technology tool, which goes dark when the bus is in motion so as not to disturb or distract the drivers, and lights up when the bus stops.

"Our drivers were literally using printed-out directions and three-ring binders to keep track of student names, bus assignments, everything," Dalton said, according to the report. "Now, everything will be in the tablet so our drivers can pay attention to the road and not a stack of papers sitting nearby."

According to the report, the tablets also make it easier for districts to track employees and inspect bus conditions. Maryland, which requires all 9,000 of its school buses to be inspected three times a year, uses a mobile device to record whether each vehicle passes inspection.

The report also analyzes just how school districts could go about outfitting their buses with Wi-Fi-enabled solutions — which means students could get homework done and drivers may have to worry less about behavioral issues riding to and from school.

Kajeet offers its SmartBus With Dual Connect router, which can switch between networks based on coverage needs and will automatically switch to the stronger network. Another option is a ruggedized cellular router, commonly used in police and first responder vehicles as well as utility and service vans. They provide GPS while managing a local Wi-Fi and Gigabit Ethernet network.

The company also installs education-only filters on its solution to keep students focused on schoolwork and away from distractions like games, social media, video streaming and mature content. Of course, they can turn to their smartphones or other devices for those distractions, but the report's authors argue that schools would be able to keep costs down by offering customized filters, which wouldn't take up as much bandwidth as non-educational content would.

School districts can also use electronic methods to track buses' fuel efficiency and speeds to zero in on potentially dangerous driver behaviors; diagnose maintenance issues; and receive immediate notifications about emergencies or accidents.