Original article can be found on EdScoop.

With help from CoSN and Kajeet, the initiative will reach an additional 16 school districts, aiming to close the digital divide in rural areas. 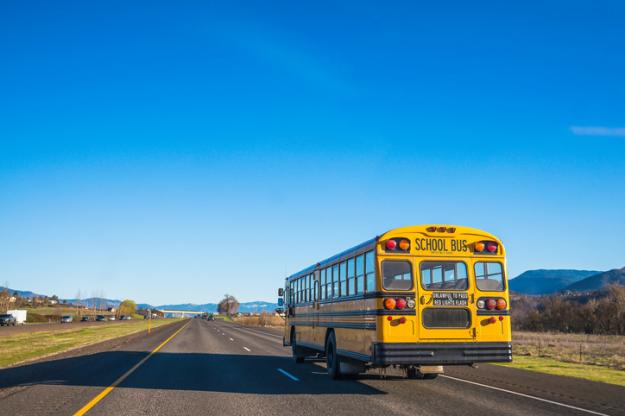 In an effort to narrow the digital divide, Google’s Rolling Study Halls initiative is expanding to over 16 new school districts in 12 states, following a successful two-state pilot that launched last year.

The program equips school buses with Wi-Fi to give students a chance to complete homework on their way to and from school. Google has partnered with the Consortium for School Networking (CoSN), a nonprofit association for K-12 technology leaders, and Kajeet, a mobile broadband provider that currently supplies Wi-Fi to 127 bus fleets in 34 states.

The Rolling Study Halls initiative has a particular focus on those in rural areas, where students might not have access to the internet at home and/or have a particularly long ride on the school bus each day.

In North Carolina, it took buses six weeks to be outfitted with the new technology, which includes Wi-Fi, devices and live feed cameras for school administrators.

Students in the expanded program will be provided Chromebooks and access to “district-managed” Wi-Fi on buses.

Susanne Bowman, director of marketing and communications at CoSN, said the number of Chromebooks distributed depends on the district. For instance, some districts may already have one-to-one device programs in place that supply students with tablets or laptops. In other districts, though, where devices have not been deployed, every student will be given a Chromebook.

“The bus will connect to the cellular provider, which we provide. And then that data gets passed to our filters where we take a look at the URL request. Our filters are specifically for education only, in a mobile environment. There are certain things that we restrict such as Netflix and a lot of social media,” Ballard told EdScoop.

Through its online platform, called Sentinel, Kajeet gives school leaders the ability to filter out and look at sites that kids try to access. If a site is being denied that the school wants to have accepted, the administrator or teacher can simply click “allow it.” It works the same way for sites that aren't blocked but maybe should be.

Kajeet works with all four of the large wireless carriers — AT&T, Verizon, Sprint & T Mobile — according to Ballard. When outfitting a bus, the company takes a look at which carrier has the best coverage in the region surrounding that specific school district.

“We’ll outfit the bus with the appropriate one. If you have a route that’s very rural you might want to use a different carrier. We make the recommendations and revisions accordingly,” Ballard said.

Ballard said Kajeet uses enterprise-grade routers on the buses and then installs an amplified antenna on the roof.

Additionally, each of the 16 districts will appoint an “onboard educator” to act as a stand-in teacher for students doing schoolwork on their bus rides to and from home.

Bowman says CoSN provides funding for districts to hire these onboard instructors, but it is up to the districts on who they choose to hire. For example, if a district wants to improve students' overall math skills, the hired instructor will be someone who specializes in math.

For this second phase of the program, the decision about which districts to reach was need-based, with the following states set to be added to the growing initiative: Alabama, Colorado, Georgia, Kansas, Minnesota, New Mexico, Oregon, Pennsylvania, South Carolina, Tennessee, Texas, and Virginia.