What is 5G and its Role in Education? 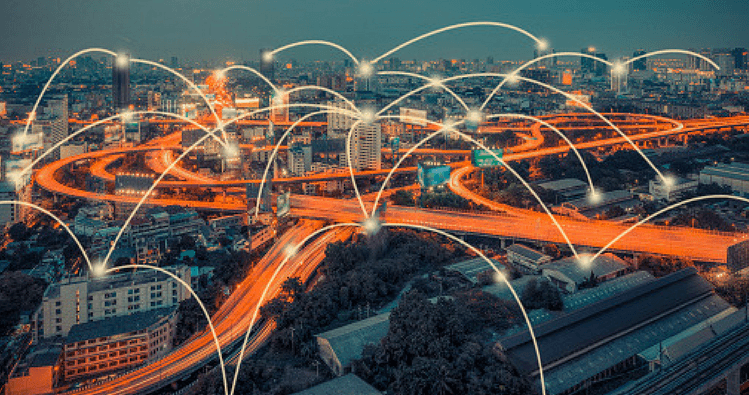 Do you remember the first generation of cell phones, back on the 1G days? The big brick phones, the terrible reception, and the awful sound quality. 1G was created over 30 years ago, and here we are, facing 5G on the horizon.

The “next generation of wireless services” has been discussed for a few years, and began to develop further once the Federal Communications Commission (FCC) voted in favor of allowing mobile devices to “send and receive signals over high-frequency spectrum.”

This post explains what 5G is, and its potential impact on education.

Let’s break down what 5G is and what it means. According to Gizmodo, it’s “a wireless connection built specifically to keep up with the proliferation of devices that need a mobile Internet connection.” (By the way, the “G” in 1G, 2G, 3G, etc. stands for the “generation” of mobile technology.)

Think about all the devices you can connect wirelessly – watches, fitness trackers, tablets, security cameras, the list goes on and on and the connectivity needs to keep up. By 2020 there will be a staggering 20.8 billion devices connected to the Internet, according to Gartner. Not to mention what is coming on the horizon like self-driving cars and augmented reality.

A significant change from 4G to 5G is the number of connected devices. PCMag writes, “5G networks will accept small, inexpensive, low-power devices, so it’ll connect a lot of smaller objects and different kinds of ambient sensors to the Internet.” It will also help with virtual and augmented reality with phones, by providing a consistent speed and lower delay time for this experience.

Gartner found 5G will be used to drive Internet of Things (IoT) communication the most, with 57 percent of survey respondents stating IoT as the number one use case for 5G.

Education is starting to see an increased use of IoT with solutions such as student RFID cards, wearable fitness trackers in PE, and security systems, but we will dig deeper into 5G in education later in this post.

First let’s look at the near-future of 5G.

The Current Path of 5G

5G is available in certain test locations, but most reports say it will not be widely available until 2020.

While that is only two years away, the infrastructure is not ready yet. Wireless providers will need to install more towers or antennas relatively close together, and add them across the nation, in order for users to receive the same amount of coverage.

Gartner reported that 75 percent of organizations are willing to pay extra for 5G wireless than 4G. But only eight percent expect 5G to deliver cost savings or increase revenues.

As we all know, funding is already tight for school districts, let alone finding funding to support 5G. Business Insider reports there’s no indication of price for 5G routers, equipment, or even Internet plans available.

TechWorld lists the disadvantages of 5G as more costly to implement, just like any innovative technology. Plus, older devices likely won’t have the requisite technology to connect to 5G networks, forcing districts to purchase the newest mobile devices that are 5G-enabled.

The consumer world may see 5G as early as 2020. However, we don’t believe it will be directly in the education world until prices go down and the infrastructure is built.

Impact on the Digital Divide

While 5G seems like it could help close the digital divide in the future, there will still be students who cannot afford Internet at home, especially if pricing continues to increase from today’s cost of broadband.

Rural areas won’t necessarily see 5G as soon as urban areas because the range of 5G is smaller and requires more antennas than 4G.

According to Wired, “These [5G] millimeter waves can transfer heaps of data at very high speeds, but they don't travel as far as the lower-frequency waves used in 4G networks.” This leaves the millions of rural students still stuck in the digital divide, without Internet access at home unlike their urban peers.

It’s important to provide all students equal access, through options such as WiFi on the school bus or filtered, WiFi hotspots with Kajeet Education Broadband™.

GCN wrote a recent article that asked the question, “Will 5G Deepen the Digital Divide?” According to the article, there are ways to ensure that does not happen:

When you take the above suggestions into account, it’s not all negative. 5G is expected to expand the wireless reach, making those connections faster than today’s 4G.

5G is still years out. In the meantime, if you have students without Internet at home, contact us today and let’s work together to close the Homework Gap in your school or district.