Using Tech to Make Sure All Students Succeed 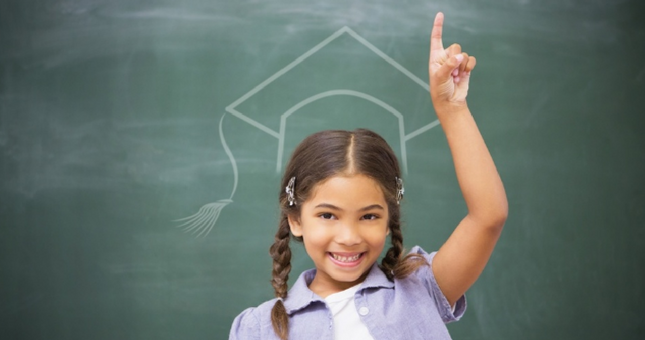 Children, as they say, are the future. Which is why for more than half a century, the United States has been committed to the education of children in all communities.

But in an increasingly interconnected – and technologically advanced – world, it’s more important than ever for America’s educational system, and its students, to be able to compete with those from other countries in the world, including those with higher scores in critical subjects like mathematics and science.

In the 21st Century, change started with the promise of leaving no child behind. And it continues today, with the call for every student to succeed.

Now, with the Every Student Succeeds Act (ESSA), what role will ed tech play in making sure this latest piece of education reform succeeds?

ED PROGRAMS OF THE PAST

It started more than 50 years ago, in 1965, with the Johnson Administration’s Elementary and Secondary Education Act (ESEA). Designed to enhance and improve the quality of America’s educational system, the act provided federal grants aimed specifically at helping low-income students in state districts. Provisions included:

The ultimate goal: equal opportunity for all of America’s students.

Fast forward to 2002, which saw the enactment of the No Child Left Behind Act (NCLB). Building off of ESEA, this act, shepherded by the Bush Administration, brought to light gaps and problem areas in the nation’s underserved school districts.

The focus was on accountability – specifically, the accountability of teachers and principals in providing the best possible education for children regardless of their race, income, or location.

Signed into law by President Obama on December 10, 2015, ESSA builds and expands on the mission set out by his predecessors, President Johnson and President Bush.

According to the U.S. Department of Education, provisions in ESSA include:

More so than other past initiatives, ESSA puts states in the driver’s seat of responsibility for student achievement. They’re the ones who set the goals for success.

Central to this act are the accountability plans that states must submit to the Department of Education, outlining how they will identify and close achievement gaps between groups of students.

According to an Alliance for Excellent Education primer, states must establish multiple-measure accountability systems that include:

As of now, 15 states and the District of Columbia have submitted their accountability plans. The remaining states are required to submit their plans by September 18, 2017.

How do some of these already submitted proposals differ from currently existing state policies?

It depends, according to Education Dive, which writes that,

The proposals from the 12 submitted plans run the gamut. In Delaware, a school with lower participation rates would have to submit a plan to the state about how it can boost its numbers, while in Louisiana and Michigan, students who do not participate in exams will receive a score of zero. The opt-out movement will likely have much different reactions from state to state, now that ESSA revokes NCLB’s regulatory uniformity.

Here, it seems, is where tech tools and programs can play a powerful role. In fact, according to Education Week, they already are.

“Many schools today, including Title I schools, are already using digital tools and platforms meant to increase schools’ ability to communicate with parents,” writes Sarah Schwartz. “Advocates of improving parent engagement say technology could help schools meet the law’s requirements to engage parents – but only if districts are careful to apply it in meaningful ways.”

Schwartz’s article also notes positive evidence concerning the relationship between digital communication and improved student performance. Text messages of academic updates to parents, according to a Columbia University study, lowered course failure by 38 percent. And in a working paper from Harvard University, text updates to parents whose students were in a performance-recovery program reduced program failure rates by 41 percent.

There is a plethora of tech tools out there designed specifically to enhance the way schools and parents communicate with one another. Among these are ClassDojo, Edmodo, and FreshGrade.

In conjunction with involving parents in their child’s education, increasing proficiency in reading and mathematics remains a top goal of the American educational system.

The good news is that there are numerous ed tech solutions out there which can help a particular school district meet the reading and math goals its state has set. The bad news, unfortunately, is that sometimes it can be difficult to determine which programs work and which do not. Educational technology, of course, isn’t a one-school-fits-all solution.

Enter Evidence for ESSA, an online resource for school districts to review and select the digital math and reading tools and programs (for elementary, middle, and high schools) that best align with ESSA goals and standards. Developed by the Johns Hopkins University and its Center for Research and Reform in Education, Evidence for ESSA sets its standards and ratings around three key categories.

Evidence for ESSA also offers helpful information for potential purchasing decisions, including an estimated cost and breakouts of demographics involved in any studies (including grade level, race, and community size).

In addition to keeping parents and educators in touch and to helping improve the math and reading standards of students, technology can also help identify at-risk students who are in danger of not meeting state performance guidelines.

THE Journal reports on the Early Warning and Intervention and Monitoring System (EWIMS), which flags students based on several indicators, including:

YOUR PARTNER IN ESSA SUCCESS

Kajeet can also be a powerful partner if your district is looking to ensure its achievement and graduation rates align with the new goals set by ESSA.

With anytime, anywhere filtered Internet access, our SmartSpot® and SmartBus™ solutions have

It’s up to everyone – students, educators, administrators – to make sure all students, not just some, have the tools they need to succeed.